WHY WE ARE PROHIBITED TO EAT SWINE (PORK)?

by Syarif Hidayat
Muslims’ abstention from pork eating is in adherence to the Qur’anic Law which states: ” Forbidden to you for (food) are: dead meat, blood and the flesh of the swine (pork) and that which hath been invoked the name other than Allah. ” Holy Al Qur’an 5:4
Such prohibition is also found in the Bible: “The pig is unclean for you. None of their flesh must you eat and carcass you must not touch. “Deuteronomy 14:8. (Bible).
Islam, is an Arabic word which means submission to the will
of the Almighty God (Allah SWT), has laid down the foundation for the best approach in keeping good health. In the Holy Al Qur’an (The Last Testament ) God exhorts the believers to select the best food and to stay away from any harmful food to maintain good health:
” Let him find out which is the best food ( to be had ) … Eat of the best foods We have provided for you.” ( Holy Al Qur’an 18:19;7:160 ).

Please read your bible again: Pork is prohibited: Leviticus 11:7-8 Deuteronomy 14:8 Isaiah 65:2-5 Do you see it now!
Bible & Al Quran Say: DO NOT EAT PORK! Both the Bible and Al Quran Prohibit the eating of pork. Muslims are aware of this prohibition and observe it strictly. However, most readers of the Bible say they do not know where they can find this in the Bible. In the book of Leviticus, Chapter 11, v.7, it is recorded that God declares the pig to be unclean for believers.
Then, in verse 8, God says: ‘ You must not eat their meat or touch their carcasses; they are unclean for you’. This command is repeated in Deuteronomy 14; 7-8. Then, in Isaiah 65:2-4, and 66:17, God issues a stern warning against those who eat pork.

St. Paul’s Misunderstanding
Some people are aware of this prohibition from God, but they say that they can eat pork because St. Paul said that all food is clean in his letter to the Romans 14:20. St. Paul said this because he believed (as he wrote in his letter to the Ephesians 2:14-15) that Jesus had abolished the Law with all its commandments and regulations.
He seems, however, to have misunderstood what he heard from Jesus. In the Gospel According to Matthew 5:17-20, Jesus is reported to have said quite the contrary, as follows: ‘ Do not think that I have come to abolish the law…’ Jesus then went on in that passage (in verse 19) to denounce anyone who would break the smallest commandment and teach others likewise. He also praised his true followers who will practice and teach even the smallest commandments. One of the commandments, as we have seen, is to stay away from pork.

This is why the true followers of Jesus, holding on to his teachings, did not let unclean food such as pork enter their mouths, so that Peter, the chief disciple, can say:’ I have never eaten anything impure or unclean’ (Acts of the Apostles, ch.10, v.14). Five chapters later in the Acts of the Apostles, 15:29, we find that the original disciples still differentiate between clean and unclean foods and this time Paul is in agreement with them.

Six chapters later, in ch.21, v.25, their decision to impose food regulations on believers is mentioned without regret, and this time Paul is challenged to prove that he is in agreement with them; and he demonstrated his full agreement with them. What remains then, is that Jesus, on whom be peace, upheld the prohibition against pork. His disciples also upheld it, and so must all his followers.

Those who fail to uphold it need to be informed and reminded of this rule from God. This is one reason why God sent His final messenger, on whom be peace. God says: “O people of the Scripture! Now has Our Messenger come unto you, expounding unto you much of that which you used to hide in the Scripture and forgiving much. Now has come unto you light from Allah and a plain Scripture” (The Meaning of the Glorious Quran 5:15). Pork prohibited in the Bible.

The Christian is likely to be convinced by his religious scriptures. The Bible prohibits the consumption of pork, in the book of Leviticus and the swine, as he divideth the hoof, and be cloven footed, yet he cheweth not the cud; it is unclean to you. Of their flesh shall ye not eat, and their carcass shall ye not touch, they are unclean to you. Leviticus chapter 11 verse 7 and 8: Pork is also prohibited in the book of Deuteronomy And the swine, because it divideth the hoof, yet cheweth not the cud, it is unclean unto you. Ye shall not eat of their flesh, nor touch their dead carcass. Deuteronomy chapter 14 verse 8: A similar prohibition is repeated in the book of Isaiah chapter 65 verse 2-5. 3.

Consumption of pork causes several diseases. The other non-Muslims and atheists will agree only if convinced through reason, logic and science. Eating of pork can cause no less than seventy different types of diseases. A person can have various Helminthes, like roundworm, pinworm, hookworm, etc. One of the most dangerous is Taenia Solium, which in a laymans terminology is called tapeworm.
It harbours in the intestine and is very long. Its ova i.e. eggs, enter the blood stream and can reach almost all the organs of the body. If it enters the brain it can cause memory loss. If it enters the heart it can cause heart attack and if it enters the eye it can cause blindness. If it enters the liver it can cause liver damage. It can damage almost all the organs of the body. Another dangerous helminthes is Taenia Tichurasis.
A common misconception about pork is that if it is cooked well, these ova die. In a research project undertaken in America, it was found that out of twenty-four people suffering from Taenia tichurasis, twenty two had cooked the pork very well. This indicates that the ovas present in the pork do not die under normal cooking temperature. 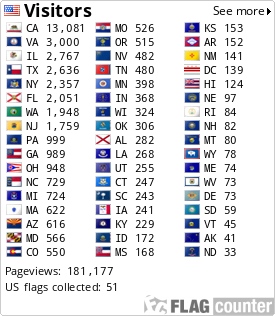 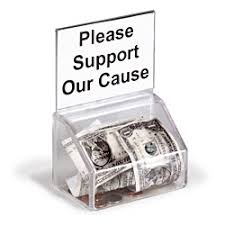